Three members of the society, along with a member of Galway Musical Society recently performed in a fundraising "Stars In Their Eyes" competition held in Loughrea. Daniel Doherty, Niall Heaney and Gerry Miley, together with Sean Hosty from Galway performed "World Of Our Own" as the pop boyband, Westlife. 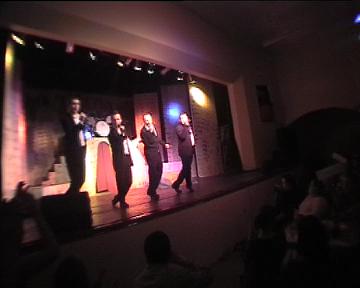 The event was in aid of, and organised by, St. Brendan's Choral And Dramatic Society, Loughrea. On the night, approximately twenty acts performed, ranging from Girls Aloud to Bob Marley. Alongside the many Loughrea locals taking part were musical society members from Galway, Ballinrobe and the Patrician's (Galway). 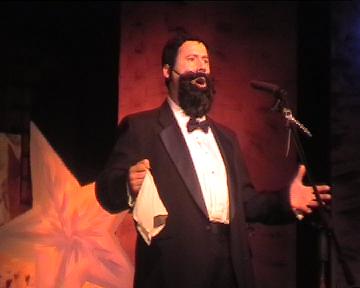 The Castlerea group had great success on the night, finishing 4th overall in the competition, after the eurovision-style voting made Padraic Connaughton as Luciano Pavorotti a very deserving winner. The society thanks the Loughrea group for their invitation to take part and for the brilliant night had by those who performed and attended.