Cast Details for Titanic The Musical

Following our recent auditions, during which the Production Team saw almost 70 auditionees, the Society is delighted to be able to announce the cast list for its 50th anniversary production, Titanic The Musical. The Production Team were delighted with both the interest in the show and the levels of talent on display, and were left with some very difficult decisions to make.

Others who wish to get involved in the show will be welcome to come along to rehearsals in January - just make yourself known to a member of the Production Team.

The remaining solo pieces and parts will be cast as rehearsals progress. Titanic will run in The Hub, Castlerea from Wednesday 18th to Saturday 21st April 2018. 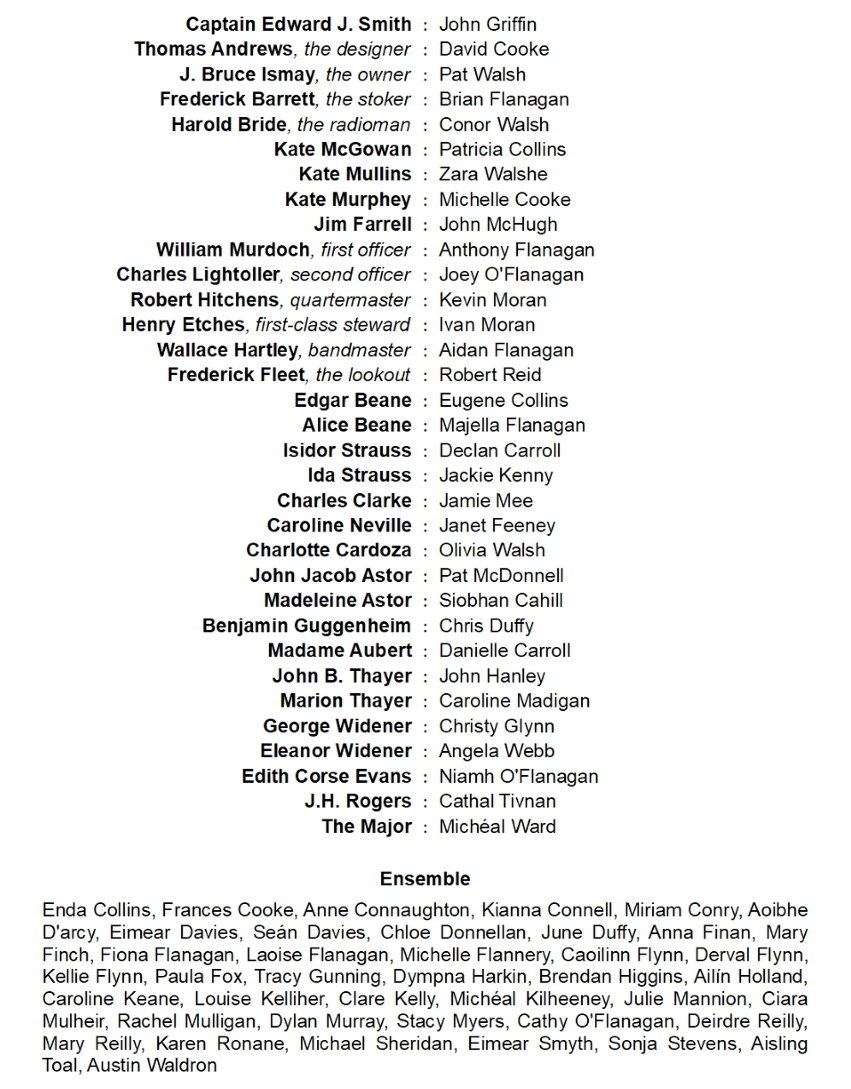