Castlerea Musical Society is very proud to announce that its show choice for 2018, its 50th anniversary production, is TITANIC THE MUSICAL. The announcement of the the 2018 show was made during the Society's recent 2017 A.G.M. 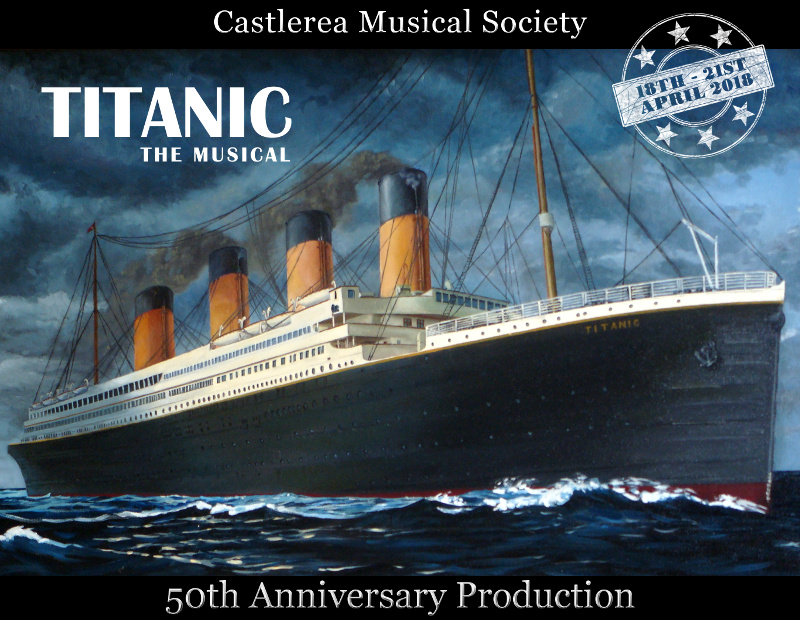 Titanic The Musical is an epic piece, with music and lyrics by Maury Yeston and book by Peter Stone. The show traces the story of the infamous 'Unsinkable' ship, Titanic, and many of her passengers and crew, from launch through to the story's fateful and tragic ending. It first opened on Broadway in 1997, where it won Tony Awards for Best Book, Best Score and Best Musical.

Titanic is a show filled with beautiful music and gripping drama, with a wide array of character roles, chorus pieces and technical challenges which will push the Society farther than ever before. The Society looks forward to welcoming back as many past and lapsed members as possible, along with both existing and new members, all of whom will be welcome, to join the Society in celebrating it's 50th year as it stages this landmark piece of musical theatre - Titanic.

Titanic will take to the stage in April 2018. Full details of the Production Team, auditions, and rehearsals will be announced in the near future.