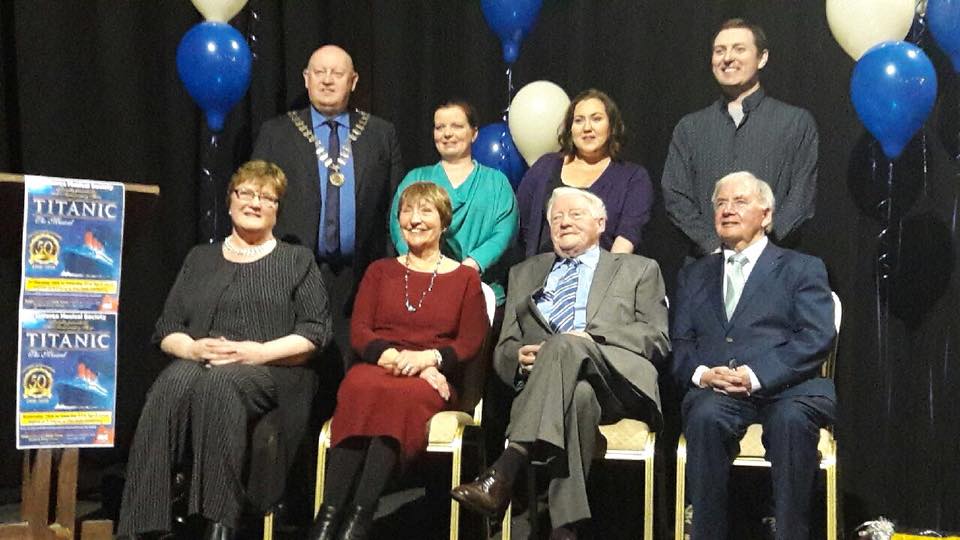 The launch was attended by members of the press, sponsors, Society guests, political representatives and members of the Society, both past and present.

Speakers on the night included Society President, Angela Webb; past member and participant in the Society's first production in 1968, Tom Walshe; long-standing member, Christy Glynn; members of the Titanic Production Team, Niall Heaney and Hazel Lloyd; and AIMS National President, Seamus Power, who travelled from Carrick-on-Suir to join us for the launch.

The show was officially launched by local actress and comedienne, Sharon Mannion, who took time out from the current tour of her one-woman show The Curse of the Button Accordion.

Thanks who all the members of the press and guests who attended on the night.

Titanic The Musical runs from Wednesday 18th to Saturday 21st April at 8.00pm nightly in The Hub, Castlerea. Tickets can be purchased at http://www.castlereamusicalsociety.com/tickets.