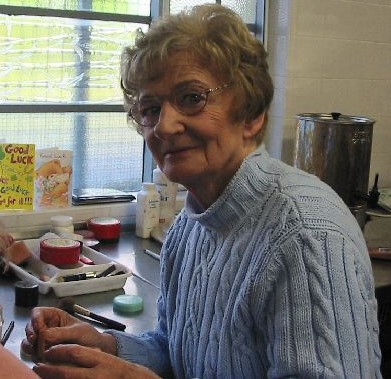 The Society was deeply saddened this morning to hear of the passing of one of its founding members and past Presidents, Barbara 'Barry' Roden.

From the very beginning, Barry was an active and involved member, sharing her many talents with the Society at every possible opportunity.

Barry took to the stage with the Society in its very first production, The Long Ju Ju, in 1968, and treaded the boards most years in the first decade of the Society's existence. Renowned for her dancing ability, Barry worked on choreographing the Society's early musicals, beginning with Oklahoma! in 1972. She would go on to devise choreography or assist with choreography for ten shows from the early 1970's through to Finian's Rainbow in 1985. She made a final appearance on-stage with the Society for our 25th anniversary production, Memories, in 1993,

Never one to sit back and let others do the hard work, Barry spent 18 years on the Society's committee, four of which she spent as President of the Society, from 1997 through to 2000, an honour that brought her great pride. Upon stepping down as President, Barry became an Honorary Life Member of the Society. 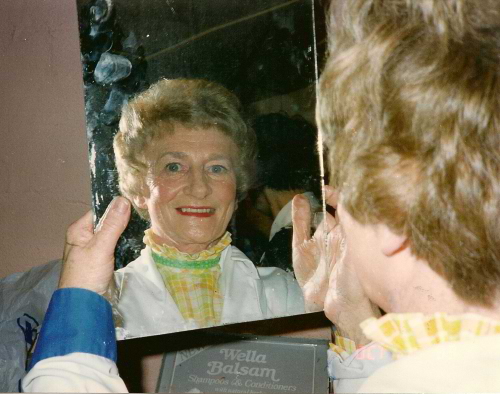 Once she had decided that her performing and choreographing days were behind her, Barry gave her time and talent as a member of the hair & make-up team for 23 shows, beginning with Rio Rita in 1987, working on every show up to Hello, Dolly! in 2008.

Barry's ill-health in recent years greatly reduced her time spent with the Society, but members were delighted to see her in attendance for the launch of last year's production of Jesus Christ Superstar.

Barry's piano-playing abilities will live long in the memory for those who shared many after-show parties with Barry and her infectious sense of humour and friendly manner ensured that she became a friend to everyone. Without a doubt, Barry was a lady and will be missed by many.

The Society extends its condolences to Barry's family and friends at this difficult time. May she rest in peace.